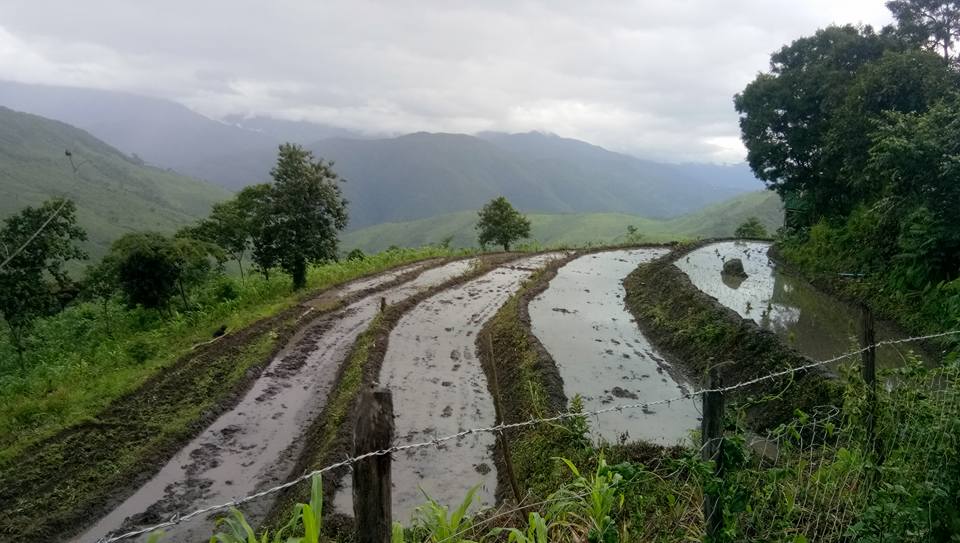 Chin State is situated in the western part of Myanmar, bordering with Sagaing Region in the east, India in the west, Kachin State in the north and Rakhine State in the south. Chin State is the second smallest of all States/Regions and with a population of more than 470,000 people, ranked the second least populated States/Region. Of total, urban population constitutes 21 percent only. Chin is the poorest State in Myanmar due to its geographical remoteness, lack of infrastructure and transportation networks with other States and Regions. However, the 2012 cease fire agreement between the Government and Chin National Front, an ethnic armed group, paved the way for sustainable development initiatives such as road and airport construction, wider access to electricity supply.

Chin State forms the northwestern part of Myanmar bordering with India. It is known as one of the most remote and underdeveloped regions of the country. Transport is also limited in Chin State due to the bad topography with remote location. The assessment of World Food Program (2009) indicated that lack of employment opportunities add to the problem. Again, a collaborative assessment conducted by WFP and other agencies showed that market access is difficult in Chin State that only 75% households have access to market WFP & others (2012). Moreover, the Inter-Agency Working Group on Chin also reported migration as a significant coping mechanism for Chin people due to the declining job opportunities and food insecurity in recent years (IAWG Chin, 2012). According to the Integrated Household Living Conditions Assessment in Myanmar 2009-2010 of UNDP, Chin State has the highest poverty proportion in Myanmar since 73% of its population lives below the global poverty line. 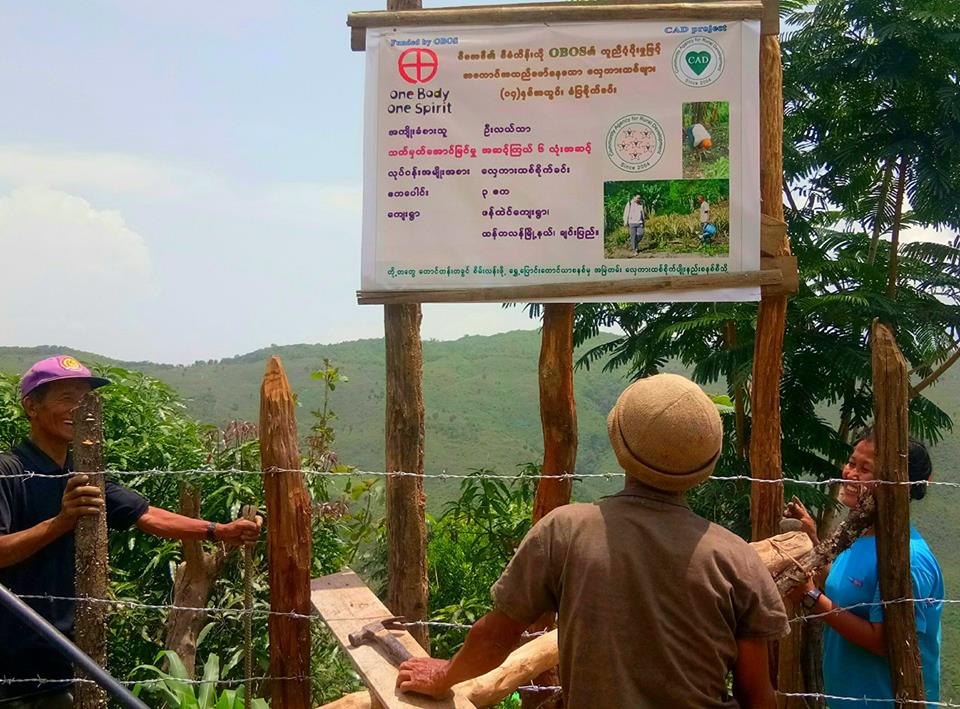 The main livelihood of the rural community of Chin State is shifting cultivation. The limited area of arable farmland on the steep hilly areas and growing population of the State shorten the shifting cultivation fallow period and lead to poor soil fertility. In addition, deforestation, climate change and irregular rainfall across the State have a negative impact on food production. Food insecurity is therefore a cyclical and chronic problem, which affects all townships of the State. The result of the 2013 WFP food security monitoring in Chin State showed that the food insecurity levels in the State ranged from moderate to severe. The annual food gap in Chin State is three to seven months with limited coping mechanisms. 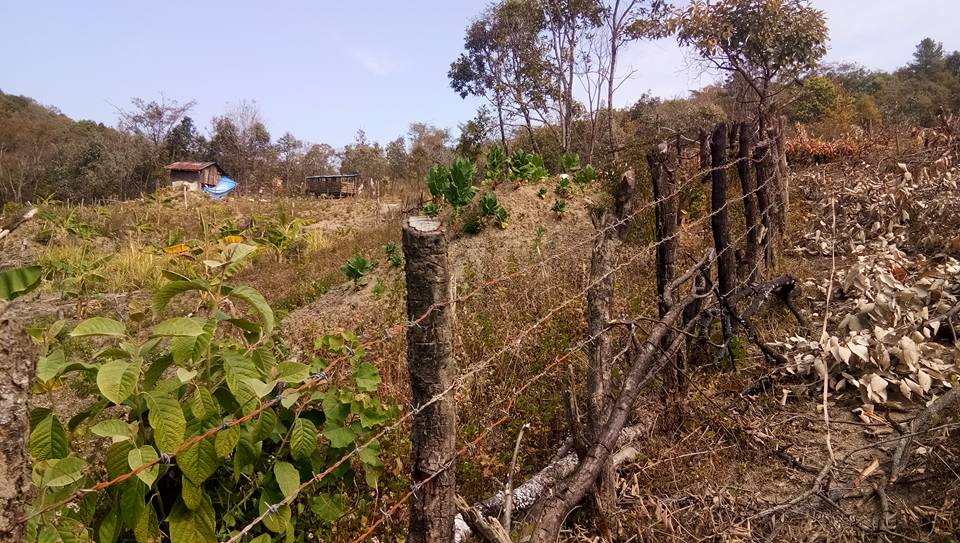 As aforementioned, the main livelihood of the rural community of Chin State is shifting cultivation, local farmers still have full access to land for farming in villages because local tradition prevails to modern legality. Traditional shifting farming system is based on the rain and farmers spend almost 7 months in farming but they sometimes, could not yield crops for 3 months’ food. However, this land accessibility does not guarantee land ownership of local farmers. Therefore, CAD had started land ownership project from 2010 to 2013. During these 3 years, CAD has supported 2000 acres of 1000 farmers’ families to start permanent farming system (terraces) by renouncing traditional shifting farming system which is destructive to environment, forest and which is not productive for food-security too. During our project period, due to fund limited, we could not support our farmers irrigation facilities and other agricultural inputs as well.

Unless we change this traditional farming system which is no more productive and destructive to climate change which is also the root cause of poverty and food-insecurity in this region, farmers will not be saved from the circle of poverty at all. This proposal will transform the whole traditional farming system to productive permanent farming system in which CAD will support irrigation facilities, fencing facilities, new seeds and farming trainings to farmers so that our targeted farmers will be freed from protracted poverty to sustainable development for their better living standard.

Farmers have sustainable food-security for their better living standard.

In our statistics, there are about 5,010 acres of shifting farming which is so-called slash and burn traditional farming system. Since 2009, CAD has already replaced 75 acres of terracing farms with OBOS’s funding. Our last two years’ program of GRTP covers only 1.49 % of current traditional farms. Majority of remaining farmers are also very eager to substitute their traditional farming with terracing farm because according to farmers, they will from CAD get $ 300 which is sufficient for one year’s food of a family and they will have better livelihood and better agriculture and they will be finally productive too. In CAD’s food-security report, eighty two percent (82%) of the sample reported currently being in debt and needing to repay their loan. The most common reason for undertaking a loan was to purchase food. The local people understands need of change of their farming from traditional to modern farming so that they will have more productive agricultural system which is also supportive for better environment of human society. Local farmers are given agricultural training. Besides, CAD gives them Soil Test Kits with which they will be able to achieve the following issues; 1. Farmers especially terrace beneficiaries will easily access to know nutrient deficiency from their agricultural land by using soil test kit. 2. Farmers can manage quickly their land by composting and bio – fertilizer application. 3. Farmers maintain crop productivity in permanent terrace land by putting necessary bio-manuals and organic matter with utilization of the Soil Test Kit. 4. Farmers will easily access to know soil PH problem by using Soil test kit. 5. Farmers can good create soil to neutralized soil PH urgently. 6. Farmers will quickly recover or treat their lands of lost soil nutrients by using soil test kit from soil problem occurrence.

1. Local farmers are entitled to permanent land ownership by authority. 2. They have access to knowledge expansion and agricultural training. 3. Their income is very much improved from this project because they are given US$ 300 per acre. 4. 100 numbers of women were given food processing training for their empowerment and development by hiring outside resource: Golden Plain Cooperative. 5. 275 men and 292 women were direct beneficiaries from our farming supports. 6. 2150 men and 2384 women (4534 villagers) had access to cash for work program of trees plantation.

Names of Terracing Farming Beneficiaries in 2010

Name of Terracing Farmers in 2009